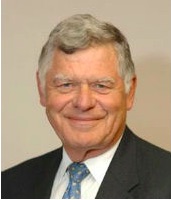 Stuart Keirle is currently the Executive Development Director of Tri Counties Bank, based in San Francisco, following his departure from America California Bank in April 2012 after serving 8 years as the Bank’s President and CEO.

He brings over 30 years of banking experience with Barclays Bank PLC in Europe, Africa, Far East and North America and with the Commercial Bank of San Francisco. He also spent a decade in the global logistics business with the Circle International Group as was President of Circle Trade Services Ltd.

Mr. Keirle is a graduate of the ABA Stonier Graduate School of Banking (Rutgers, NJ) and an Associate of the Chartered Institute of Bankers (ACIB) – London. He is also the non-executive Chairman of Aeon Partners, a real estate development company based in New York. Mr Keirle also sits on the Advisory Board for the Mostly British Film Festival – an annual San Francisco event.

BBS Relief & Covid19 Assistance We are opening this…