In 1985, the BBS created a “Visitor Program” to visit and aid shut-ins who were unable to reach out to the organization on their own.

The British Benevolent Society of California is a unique independent charity and social hub for Brits in the Western United States. As a community, we provide aid and relief to British citizens in times of dire need. The BBS is working tirelessly to support Brits with life-saving aid in times of greatest need.

The British Benevolent Society has its roots dating back into the 1850s and 1860s when in San Francisco a number of doctors, professionals and merchants met with the British Consulate to organize medical help and financial relief for distressed British Nationals. 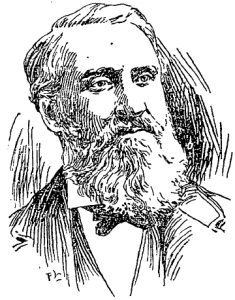 On April 23rd 1858 with the British Consulate, Sir William Lane Booker, this group of individuals became known as the, “British Hospital and Relief Society”. As the organization became established and helped more individuals in need, it expanded and formalized into, “The British Benevolent Society of California, Inc.”, with a mission to assist British-born subjects in distress or sickness.

Today, “The British Benevolent Society of California, Inc.”, is a voluntary 501(c)(3) non-profit organization with a Board of Directors controlling the distribution of funds. It plays a unique role in the British community throughout the Western United States and is the only one of its kind to exist in the USA. It continues to enjoy close partnerships with the British Consulates-General in San Francisco and Los Angeles, particularly when special attention is needed with cases involving British nationals who have sought help through the Consulates.

Message from Our President

A few words from the President of the BBS, Kelly Ducourty.