New President of the Board and BBS Officers

At the 2018 AGM, held at the lovely SF Bay School, we welcomed the new 2018-2019 officers and voted in our new President Malcolm Manson. Many of you will have met or seen Malcolm at various events throughout the years. We are thrilled that Malcolm will lead the organization over the coming year!

We welcome two new board members, Lucy Feltham and Luke Patten. Both Lucy and Luke are from the UK and have lived in the Bay Area for a number of years. We also said a fond farewell and thank you to Karen Thomas, who stepped down as President, and Susie Gregory who stepped down as Chair of the Relief Committee. Both Susie and Karen will continue volunteering with the organization, Karen with Events and Susie with Relief.

A special thank you to Consul General Andrew Whittaker for taking time to attend our AGM and recognize our achievements. For more, check out the most recent note from President Malcolm Manson.

One of our more recent relief cases involved providing assistance to a family on the verge of losing their son. Despite warnings from his family and physicians, a British National, in his 20’s with a valid passport, decided to travel to San Francisco and go off of his medication. Within a very short time of arriving in SF, Benjamin was living on the streets and spiraling out of control. His mother lost contact with him and was fearing the worst.

After an unexpected phone call from her son, she decided to leave her job (without pay) and fly to the US to try to find Benjamin and accompany him home. She contacted the British Consulate to inform them of the situation and ask for assistance. Because of the interaction with the SF Homeless Outreach Team (SFHOTeam) and the BBS Case with Gladys, the Consulate was able to immediately work with the SFHOTeam and begin searching for Benjamin. Remarkably, he was located very quickly but unwilling to return to the UK. His mother was forced to return without him.

Over the next few days, things for Benjamin got worse. His mental health and physical condition deteriorated. With the help of the SFHOTeam and BART Police, Benjamin was admitted to hospital where he could receive appropriate care. Under medical care and suffering from exhaustion, Benjamin was eventually ready to return to the UK. Because of the efforts and cooperation between the Consular team, SF Police Department, BART Police, the SFHOTeam, SF General Hospital, SF International Airport and the BBS, Benjamin is now in the UK under medical care and close by a family who cares for him.

The BBS provided financial support of repatriation and covered the cost of hotels for Benjamin’s mother. Without this assistance, there really is no telling what would have happened to Benjamin. He was lost, alone and suffering. Our efforts in assisting with this type of compassionate case would not be possible without your membership and dedication to the BBS and our mission. 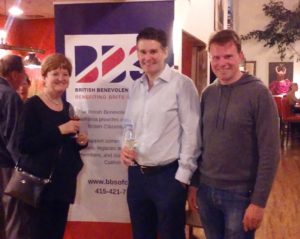 Thanks to all of you who were able to come and join us at Mantra Wine Bar in Novato! It was a very fun evening and everyone had a lovely time either meeting up, or connecting with new friends. A special thank you to Business Sponsor Florin Pensions. Not only did they sponsor the event but they also helped us arrange the evening…. down to the detail of the nibbles! Cheers and thanks Emma and Charles! 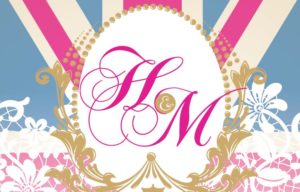 If you are looking for a way to celebrate the Royal Wedding later this month, take a moment and see what is planned at the Westin St. Francis Hotel in San Francisco! Crown & Crumpet has planned a high tea event filled with:

Rugby World Cup Sevens 2018 is in the USA for the first time ever from 20-22 July, 2018. The fastest, most fun team sport in the world will be at AT&T Park, home of the San Francisco Giants baseball team.

Tickets for this action packed event are on sale now to the general public.

Are you and other BBS friends interested in volunteering? If so, let Jenn Baker know! She can connect you with the folks at Rugby World Cup Sevens. For more information, visit their website.

Relief Update Remember our friend Gladys? We are thrilled…