The BBS and British Consulate have worked together to assist Brits in need for over a century. Our organization is the only one of it's kind in the US! 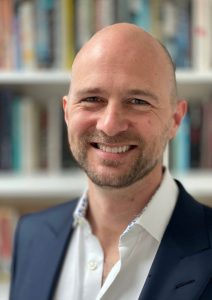 We work closely with the British Consulates in San Francisco and Los Angeles to provide assistance and resources on unique and vulnerable cases.

Joe White MBE is Her Majesty’s Consul-General, San Francisco, and Technology Envoy to the United States in a combined role for the UK government.

Joe joins the Foreign, Commonwealth and Development Office (FCDO) following 20 years in the digital technology sector. He has extensive experience as an entrepreneur and venture capital investor.

He has served as: General Partner of Entrepreneur First, a Greylock backed early stage deep tech fund for which he’s raised and run $200m of funds; co-chair of GBx, a curated network of British entrepreneurs; a non-executive director for the UK’s Behavioural Insights Team where he advised on social impact technology products; and a former co-founder of Moonfruit.com, a website and ecommerce platform hosting 7m sites, which he exited in 2012.

He received an MBE from HM Queen in 2017 for Services to Technology Businesses.

Tammy Sandhu is Her Majesty’s Deputy Consul-General in San Francisco. Tammy has had diplomatic postings to Morocco, Brussels and India and has served in Iraq and Kenya. She has worked on political and economic affairs, she has been a UK Government spokesperson and she has worked on bilateral trade and investment. She has worked on the Government response to crises, specifically dealing with high profile kidnaps of British Nationals overseas.

Before moving to San Francisco, Tammy worked in International HR. She was the Head of Secondments and then the Head of International HR Strategy and EU Exit for the Foreign and Commonwealth Office (FCO). Tammy also worked on the FCO’s Covid response.

In 2020 Tammy was elected Chair of the FCO’s Black, Asian and Minority Ethnic Committee and later served as co-Chair of the merged Foreign, Commonwealth and Development Office’s (FCDO) Race and Ethnicity Network. Tammy continues to work on racial equity both within the FCDO and through her work in San Francisco.

As Deputy Consul General, Tammy co-leads the Consulate-General in San Francisco of more than 30 people covering UK-US relations across the Pacific North West: Northern California, Washington, Oregon, Idaho, Wyoming, Montana and Alaska. The Consulate-General in San Francisco and the UK Government Office in Seattle cover a broad range of political and policy work including on climate, trade and tech, as well as providing support to British nationals and British companies in the Pacific North West.

Tammy was born in Leicester, United Kingdom. She joined the FCO in 2005 after completing a BA Hons in English Literature at the University of Warwick and an MSc in International Public Policy at University College London.

Tammy is married with one daughter.

From repatriation to financial assistance, there are numerous ways that the BBS helps British citizens in need.

Regardless of whether you have been directly impacted by recent events, we can all do well to invest some time in being well-prepared for potential future events.

Check back regularly to see the latest news and...

Learn about the history of our organization and the work we do today.