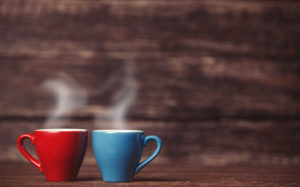 We received amazing letters from two individuals who had been touched by the kindness and generosity of the BBS.

You may remember Rachel, a good samaritan who assisted the BBS in a heartbreaking case, from last month’s newsletter. She provided essential assistance to an extremely vulnerable elderly Brit named Joy. Joy was suffering from terrible neglect (as described by the authorities). Rachel accompanied Joy to the UK and reunited her with her family just days before Christmas.

Following Rachel’s return to the US, she shared this note:

It was extremely heartwarming to see Joy reunited with her family. The family were all so happy as no one thought they would be reunited before Christmas. I cannot say enough about you and your colleagues for guiding and facilitating me through this process. Though at times, it was very stressful and difficult for me, it could not have happened at all without the help from the Consulate and the BBS. It was a whirlwind trip in three days, but Joy was able to spend Christmas finally at home and I was also able to be home with my family in time as well. Perhaps you hear and help with situations like this on a regular basis, but for me it was truly eye-opening. It both gave me hope in seeing so many wonderful people come together to make something so important happen, but also made me aware that the frail elderly in this country are really lost without advocates and assistance.

As well, we occasionally receive updates about James, a Brit who we helped repatriate to the UK in 2018.

Here’s a recent note from his family:

James goes out every day with his caregivers and is talking now. The BBS saved him. I do not know where he would be without your organization, perhaps in a hospital somewhere in Nevada. You are a hero in my eyes.

The start of the year brought us a new case that originated in Los Angeles. The applicant was a young Brit named Simon who suffered from bipolar disorder. He experienced a fall that resulted in a severe back injury and hospitalization. He had been in contact with the Consulate while he rehabilitated and attempted to recover from both the fall and loss of income. He fell behind on rent and was struggling to pay for basic necessities. The Relief Committee agreed to provide him with enough money to cover rent for two months as well as other basic essentials. The consulate was fearful that without this assistance, he would find himself living on the streets. We will keep Simon in our thoughts and hope that the financial aid will help him through this difficult time.

A belated thank you to Karen and Phil Thomas, and Jackie Bowden for all of their help in setting up the Christmas dinner. On the night of the event, they all pitched in to put the final touches on the evening. They also generously donated a number of items to the raffle. We are extremely grateful for their commitment. It takes volunteers and enthusiasm to bring events together. We would not be able to do it without volunteers like them!

The Mostly British Film Festival returns, February 13 – 20, 2020, to the historic Vogue Theater in San Francisco. The Festival will feature films and documentaries from the UK, Australia, Ireland, India, New Zealand, and South Africa.

For its 12th year, the Mostly British Film Festival presents 26 new feature films and documentaries from English-speaking countries outside of the U.S. The mix of dramas, thrillers, biopics and stories run the gamut of emotions from joy to heartache and every filling in between. The stories to be revealed take risks, inspire awe and evoke big emotions. Further information on tickets, showtimes and films can be found at Mostly British Film Festival. For those of you who are passionate about cinema, please consider a Festival Pass this year!

Join members of the BBS Board of Directors for a casual meet up on Thursday 20 February, for the 7PM showing of Greed, at The Vogue Theater in San Francisco. This is the closing night of the festival. Tickets to the film can be purchased directly from the box office or directly from the Mostly British Film Festival.

We are planning to gather for no-host drinks prior to the show at 6PM at Laureate in the Laurel Inn. No RSVP needed although we do advise purchasing your tickets prior to the night of the film.

BBS member and former BBS Director, Elizabeth Monnet, will be hosting a reading of her latest canine mystery series in April. 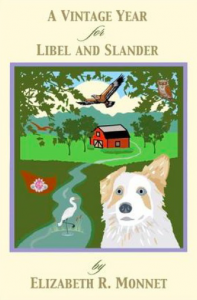 Her 2nd novel, A Vintage Year for Libel and Slander, continues the adventures of bossy sheepdog, Sidney, who spends his days trying to protect his humans from legal peril in the San Francisco courts. This time, he tries to unmask the thief who stole a $50 million diamond ring during a Crush Party in Sonoma. With the assistance of the Avian Network, he goes in search of an unknown witness present at the scene of the crime. Meanwhile the humans battle in court over the First Amendment and social media accusations of criminal conspiracy.

It is always the right time to consider making a charitable and tax deductible donation to the BBS. If it has been a while since you have made a donation, please take a moment and make a donation today!

An easy way to make a donation is through AmazonSmile! The difference between Amazon and the AmazonSmile Foundation, is that when you shop on AmazonSmile, the Foundation will donate 0.5% of the purchase price of eligible products to the charitable organization of your choice. By designating the BBS as your preferred charity you are making a simple and easy donation!

Are you looking for a co-working space? Come work next to us at the British American Business Council offices!

Relief & Assistance Early this month we learned of…