Learn about the history of our organization and the work we do today. 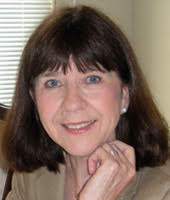 Kathleen Kimura, MBE, has worked for Tokyo Express Co., Inc. for over thirty years, and currently is Vice President.  She was first elected to the BBS board in 2001 and has served several six-year terms since; as president from 2010-2011 and as president from 2012-2017.  She currently serves as Chair of the Relief Committee.  Kathleen also serves on the following boards or committees: BABC of Northern California since 1990 (Chairman and President 2001-2008); Japan Society of Northern California since 1989 (President 1995-97); Co-Chair, SF-Osaka Sister City Association; California-Japan Sister Cities Network; NORCAL Sister Cities International; Millbrae Sister Cities Commission, Chair, Millbrae Japanese Culture Festival Committee; Legion of the SF Consular Corp (LSFCC) and its US Support Committee.  Affiliations include the Japan Society, London.  Kathleen is a Fellow of the Royal Society of Arts and was awarded an MBE by Her Majesty the Queen in 2006.  In 2013 she was awarded the Japanese Foreign Minister’s Award; in 2014 she was chosen as Millbrae’s Woman of the Year and awarded the Order of the Rising Sun, Gold and Silver Rays by the Emporer of Japan.