The Mostly British Film Festival heads into its 9th year with 26 new and classic feature films and documentaries from the United Kingdom, Ireland, Australia, India, New Zealand and South Africa. More than half of them, including opening and closing night features, are San Francisco premieres. 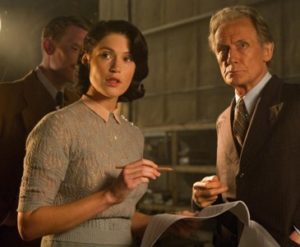 Their Finest Hour and A Half

Mostly British opens on February 16 with “Their Finest,” the latest from “An Education” director Lone Scherfig. With a cast headed by Bill Nighy – who will attend the festival — and Gemma Arterton, this delightful romantic comedy tells the story of the British film industry during World War II, charged with buoying the spirits of people living in constant fear of the Blitz. The Australian family drama “The Daughter” closes the festival on February 23. Geoffrey Rush, Sam Neill and Miranda Otto star in this story of a grown man who returns home for his father’s wedding and complicates the proceedings.

A special series on February 18, The Beatles on Film, commemorates the Fab Four’s final concert at Candlestick Park a half century ago. Consisting of a trio of movies starring or about The Beatles, the program culminates with the timeless magical documentary “A Hard Day’s Night” presented in a new digital restoration.

Famed British film editor Anne V. Coates will be an honored guest on February 21. A five-time Oscar nominee and winner for “Lawrence of Arabia,” she is a current recipient of an honorary Oscar from the Academy of Motion Pictures Arts and Sciences. Her career began with “The Red Shoes” in 1948 and she last edited “50 Shades of Grey.” Her other films include “Beckett,” “The Horse’s Mouth” and “Unfaithful.” Miss Coates will be interviewed on stage by film historian David Thomson (“The New Biographical Dictionary of Film”), followed by a screening of “Murder on the Orient Express,” which she edited. 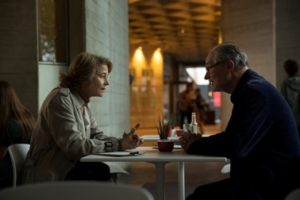 The Sense of an Ending

The centerpiece on February 20 will be “The Sense of the Ending,” an adaptation of Julian Barnes best-selling novel directed by Ritesh Batra (“The Lunchbox”). An intense drama about the consequences of decisions made when young, the film stars Jim Broadbent, Charlotte Rampling, Michelle Dockery and Emily Mortimer.

British Noir evening, a tradition at the festival, on February 17 will feature the classic thriller “Mona Lisa” starring Bob Hoskins and Michael Caine and directed by Neil Jordan (“The Crying Game”) along with a new Noir “A Patch of Fog” starring Conleth Hill of “Game of Thrones.”

The pre-eminent British director Terence Davies, a festival favorite, will be represented by “A Quiet Passion.” Davies employs painterly tableaux to portray Emily Dickinson’s life of supreme intelligence undermined by social codes and convention. Those who know Cynthia Nixon only from “Sex and the City” will be surprised by her nuanced performance as the 19th century poet.

The festival will be held at the Historic Vogue Theater in San Francisco, one of the oldest movie houses in the world. Mostly British is presented by the San Francisco Neighborhood Theater Foundation (sfntf.org). Festival passes and individual tickets are on sale at the Vogue and at mostlybritish.org and cinemasf.com. For interviews, links to films and photos contact Ruthe Stein at 415-776-9172 or ruthestein@aol.com.

Help us continue our charitable work, and enjoy the social benefits of membership, including our year-round events.

The British Benevolent Society of California provides aid and relief to British Citizens in need.

Subscribe to our newsletter to learn about the latest BBS news and events.

"We had a wonderful time at the AGM! It was so nice to see friends and catch up on BBS events and relief cases."